Posted by willbutler37 on November 3, 2010 in Uncategorized 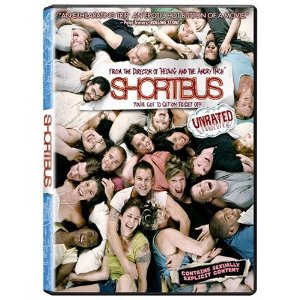 A movie directed by John Cameron Mitchell.  If you are not aware who John Cameron Mitchell is then you should find out.  He is the next big thing in Hollywood.  Some of you may know him as Hedwig and the angry inch. I heard about this movie when he was looking for actors who would be willing to show it all–and I mean all.  The thing about this movie is the fact that it is about relationships and sexual dysfunction.
Shortbus is not about a bus–no–it’s the name of a sex club in New York.  The movie starts off with a series of explicit sex scenes, which sets up the relationships of the characters.  There is a gay couple–Jamie and James. Jamie is a little suicidal while James just wants what is best for his beloved.  Jamie has been making a documentary of his love for James–a film he plans on revealing to him after he kills himself, but James doesn’t know this.
They both go and see a sex therapist–Sophia, who is having problems obtaining the big O with her husband Rob.  So they all decide to go to the sex club–Shortbus.  Along the way they meet up with a dominatrix named Severin–whose real name is Jennifer Aniston (haha very funny).  Severin helps Sophia have an orgasm, but fails, because Sophia needs to learn how to let go (I suppose–this to me will always be a mystery).  I like how Mitchell weaves the use of power surges as a means for Sophia not able to have an orgasm.
As each character’s plot complicates, the viewer sees a similar melancholy bulldozing its way into these seemingly disparate lives. The depression is repeatedly used in comedic scenes, such as when James is asked on a date while still hospitalized for his attempted suicide.
Shortbus isn’t porn like a few people I know say it is.  It is a story that connects with its viewers.  It shows the viewer that they are not alone in the relationship department and that all complications can be worked through.  Its a very good movie and you should go and check it out.